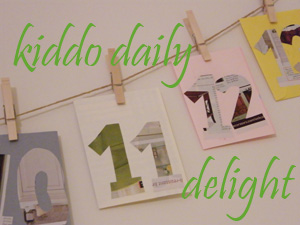 Do you have books tucked away, just waiting for the right time to read to your kiddos?

A Child’s Book of the Theatre, is an old gem fit for late elementary or junior high kids, but the kiddos found it this week and wanted to read it.  I narrated as best I could through the book.  (Too many words, and way above their development level, but the illustrations are great).  As we reached the end of our Theatre History lesson, there was a description of “Penny Plain,”  paper figures, scene, and backdrops (miniature style), sold for a penny, that were pasted on cardboard cut out, and used to create mini plays.

Saturday afternoon, the kiddos and I began making our own Penny Plain with magazines (yup, even less than a penny), and a cardboard box that was handy.    As I began cutting out their requests: croccodile, bird, shark, and cars, they were making their own creations with the magazines.  The builder was cutting/ripping out numbers, and I wish I could remember what the dancer had made… 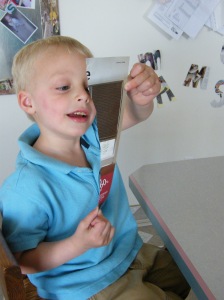 After cutting out our subjects, we glued a piece of cardboard (about a 1/4″ wide, and long enough to give it a base) to the back, bending the ends to help it stand.

When the builder went to bed that night, he ran in, gave me a big hug and told me he wanted to make more animals “a may-o.”  I think we’ll work on the background as well.  Might be a fun project for playgroup…:)