Our culmination activity for back-to-school with dinosaurs and manners ended with a field trip to BYU’s Earth Science Museum.  The trip was extra special because we got to have a private tour with my cousin Andrew, who is a Geology major at the Y.  He has always been enthralled by dinosaurs and spend the summer in Moab at a dig site, sleeping nights in his tent.  He’s a modern day “Indy” in my book.  Thanks so much Andrew!   The kiddos had a blast, and I learned a ton as well!

He taught us so much about dinosaurs and was so patient with the busy kiddos.  As we went into his secret laboratory (not really secret), we were joined by my Madsen cousins Becky, Luke, and Cora.  The builder loves his cousin Luke and was so excited he would join us! 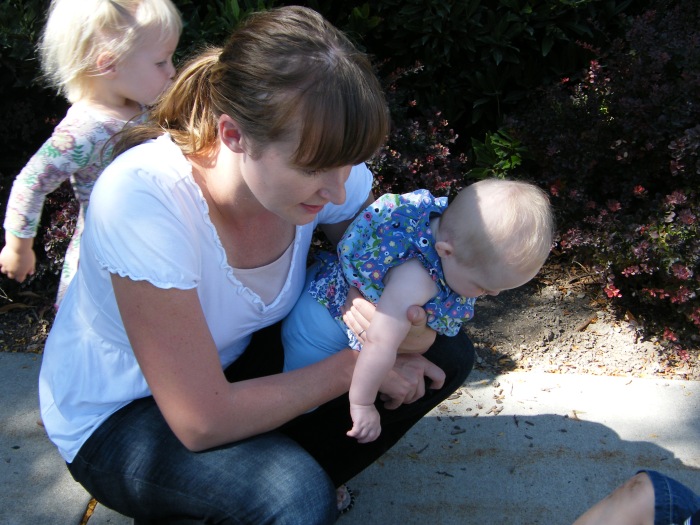 Before the museum trip, Luke had been to a dinosaur themed birthday party and shared some of his favors with the builder and dancer.

I was tickled that they chose to create their own dinosaur homes outside the Museum with leaves, sticks, and anything else they could find.  The explorer, being the perfect lil’ brother, was trying his best to dismantle their homes.  🙂  Hope to make dino homes again soon!